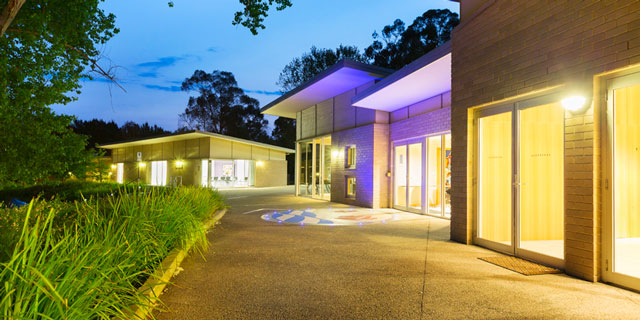 Thank you to 2021 resident Olivia Nolan for her work researching our former Masters and Principals during our 50th year.

Emeritus Professor David Griffin was the Foundation Master of Burgmann College from 1971-1975 and the first Honorary Fellow of the College (conferred in 2007). Before coming to Burgmann, Professor Griffin was a graduate of the University of Sydney and Cambridge and became a lecturer in plant pathology at the University of Sydney. Alumnus, Mr Robin Brown (1971-1973) remembers Professor Griffin for his “wisdom, perceptiveness and people handling skills.” After his tenure at Burgmann, Mr Griffin became the Head of Department of Forestry at ANU where he looked at the influence of environmental factors on fungi. 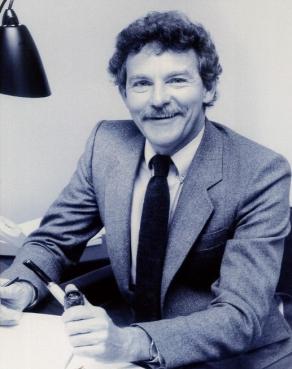 Mister Trevor Wigney was the second Master of Burgmann College from 1976 to 1980. Before coming to Burgmann in 1976, Mister Wigney completed a Doctor of Education at the University of Toronto in 1964 and soon after became a member of the Department of History and Philosophy of Education at the Ontario Institute of Studies in Education. After returning to Australia in the late 1970s, Trevor Wigney became a key and founding member of Educate Plus which advocated for educational advancement in Australia. During his time at Burgmann and thereafter he pioneered the establishment of alumni programs at both the University of Melbourne and the University of WA. Following his passing in 1991, Educate Plus (formerly ADAPE) created the inaugural Trevor Wigney Award to honour his commitment to Educate Plus, his work in advancement throughout Australia and his personal contribution to so many fellow professionals’ career development. 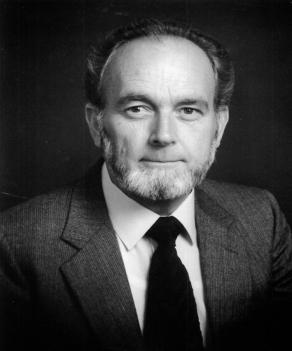 Reverend Donald Affleck was Master of Burgmann College from 1981 to 1982. Donald was ordained as a Reverend in 1959 under the auspices of the Uniting Church of NSW and was dedicated to the ministry, serving for 44 years across NSW regions. Donald studied for a degree in science at ANU from 1968 to 1971. In 1971, Donald worked as a staff tutor in residence at Burgmann College. In early 1972, after graduating from ANU, he was appointed Master of College Halls at Riverina College of Advanced Education in Wagga Wagga. During his time as Master at Riverina College, he focused upon changes to on-campus accommodation and college infrastructure that remain in place today. In 1981, Donald returned to Burgmann as the third Master of Burgmann. Although having a short tenure at Burgmann, many comment on his significant impact to the college, providing pastoral care and mentorship to residents. After leaving Burgmann, he continued to have a profound impact wherever he went, continuing work at the Uniting Churches across NSW and in Queensland in 2017.

Mister Colin Thomson was Master of Burgmann College from 1983 to 1985. After his time at Burgmann, he became Professor at the University of Wollongong and Academic Leader for Health Law and Ethics in the Graduate School of Medicine. He served as a member of the Medical Research Ethics Committee of the National Health and Medical Research Council (NHMRC) (1987-91). Mister Thomson has worked as a consultant for the NHMRC, the Health Departments of New South Wales, Queensland and Victoria, the NSW Department of Community Services, and the Cancer Council of New South Wales. In June 2018, he was made a Member of the Order of Australia for his service to medical research, particularly research ethics, education and professional associations. 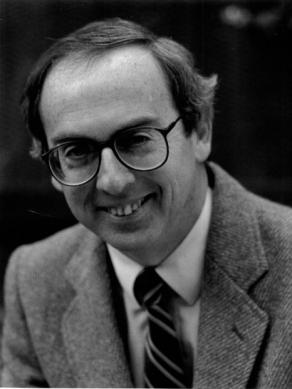 Reverend Doctor Graeme J Garrett was Principal of Burgmann College from 1986 to 1989. After his time at Burgmann, Reverend Dr Garrett became a Senior Research Fellow at St Mark's National Theological Centre & Professorial Fellow at the School of Theology at Charles Stuart University. He taught theology at St Mark’s National Theological Centre in Canberra for almost two decades prior to retirement in 2005 and was editor of St Mark’s Review from 1992 – 1999. Mr Garrett has written multiple books including God Matters: Conversation in Theology (1999) and in 2009 Reverend Dr Garrett was honoured with the publication of Embracing Grace, the Theologian’s Task Essays in Honour of Graeme Garrett. 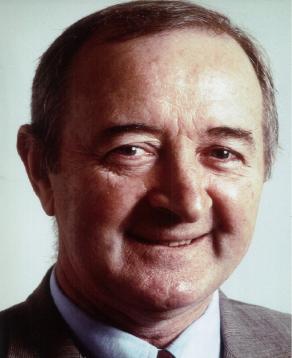 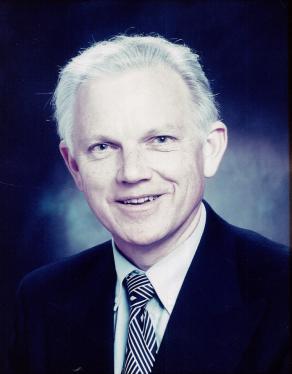 Lewis Rushbrook moved from New Zealand to Australia in 1968 with a BA and MA in English Language and Literature from Auckland University.  At 23 he became Principal of John Flynn College at James Cook University, Townsville, until 1971 when he became a founding resident of Burgmann College and began his PhD in Linguistics at ANU, followed years later by an MA in Theology at Oxford. The following year he became Staff Tutor, started ‘Luigis’ (weekend coffee and scones) and the resident employment scheme named WOBCO (Workers of Burgmann College) and shared in the legendary, exuberant early years of Burgmann.  His daughters Christy (1974) and Kimberley (1975) were the first babies born at College. In 1995 he returned from London to became the eighth principal in 24 years.  His greatest satisfaction in this long association with Burgmann was conceiving and driving through the establishment of the postgraduate village, opened in 2004. After Burgmann, he became CEO and Principal of Dunmore Lang College, Macquarie University, until 2012. Retiring to Canberra, he has since done several 1000k bike rides for charity, delivered a series of 16 addresses on the Apostles’ Creed, and completed in triathlons and half-marathons. In all, he has spent 30 years living in communities in university colleges: he says it’s a rare privilege and a highlight of his life. 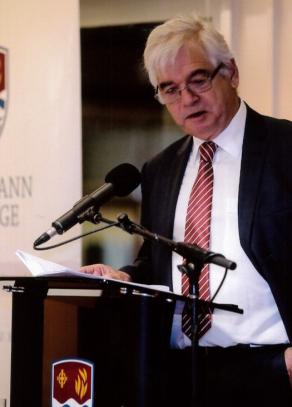 Dr Philip Dutton undertook an Arts degree at Monash University commencing coincidentally on the same day that Bishop EH Burgmann died - Tuesday 14 March 1967. Dr Dutton had attended Parade College, East Melbourne for 10 years before matriculating from Northcote High School. He began teaching across the secondary curriculum in 1973 until late 1979 when offered a rare place to study in the UK for a Master’s with the renowned educationist Dorothy Heathcote at the University of Newcastle upon Tyne. Dr Dutton returned to Monash with wife Valerie in 1982 to take up doctoral studies and appointments in the Faculty of Education and the Halls of Residence. He completed his PhD, transferring to James Cook University, working on models of collegiate academic support, shared learning, the mentoring movement from Homer in ancient times and especially peer mentoring in colleges. Before Burgmann, he was the Inaugural Head of Weerona College, University of Wollongong (1990-2003) and Dean of Students, Hawkesbury Agricultural College/UWS Hawkesbury (1986-1990) including a planning role in the formation of the University of Western Sydney. Dr Dutton returned to UOW in 2017 and now teaches in Ancient History, Ancient Texts and leads study groups to ancient sites.

Ms Sally Renouf is Burgman College’s current Principal and is the first woman Principal of Burgmann. Ms Renouf completed her Bachelor of Arts and Diploma of Politics at Monash University in 2009 majoring in French and Japanese. In 2010, she relocated to Canberra in live at Burgmann at the commencement of her Juris Doctor. Ms Renouf has a long association with the College and was Deputy Principal from 2013-2015. Ms Renouf completed her Graduate Diploma of Legal Practice in 2016 which saw her admission to the Supreme Court of the Australian Capital Territory as a solicitor. As Principal she has led the College through a remarkable series of challenges and changes, including a series of construction and refurbishment projects which have improved the amenity, safety, and accessibility of the College; the response to The Nous Report with a Cultural Change and Audit Program including changes to the College’s Sexual Assault and Sexual Harassment Policy and Procedures; and careful and prudent management of the College through the COVID-19 pandemic.