The following are latest updates sent to us by alumni and former staff via Update Your Details. Send us your own ‘Class Note’ to be featured in the next issue of the Alumni & Friends Newsletter.

Armstrong, Lea (1983-1985)
After finishing Arts (Hons) and Law (Hons) degrees at ANU, Lea moved to Sydney to work at a commercial law firm, later at the New South Wales Crown Solicitor’s Office, and then as a government solicitor for NSW Treasury. In 2015, Lea was appointed as NSW's first female Crown Solicitor, and in late 2018, as a NSW Supreme Court Judge and President of NSW Civil and Administrative Tribunal. 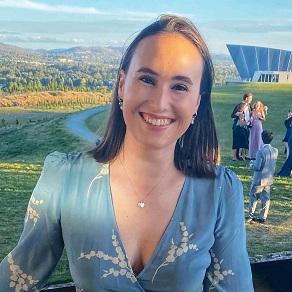 Dyson, Hope (2013-2015)
Hope moved to the USA for the year and worked as a ski instructor, before returning to Australia to work in the marketing and events department of a ski resort. Hope went back to study to complete a Master of Marketing Management at ANU and after graduating, joined Burgmann College at the end of 2020 as Advancement Support Officer to assist with the 50th anniversary celebrations.

Furlonger, Peter (1971-1974)
Peter has had a diverse career since leaving Burgmann, working for an American company in Indonesia, then in the Australian public service, for Department of Foreign Affairs and Trade, the then Office of National Assessments (now Office of National Intelligence), Department of the Prime Minister and Cabinet, and Office of the Inspector-General of Intelligence and Security (IGIS).

Graves, Peter (1972-1974)
Peter has worked as a federal public servant for all of his working life. He has also been a telephone counsellor for Lifeline Canberra (1978-83) and President of the Canberra One-Parent Family Support Service (1991-2011). He is currently Chair of the Canberra Chapter of the Walter Burley Griffin Society.

Grindley, Dayne (2002-2004)
Dayne spent 10 years in the Royal Australian Navy Band prior to retraining as a primary school teacher and is currently Assistant Head of Middle School at a large independent school in Newcastle. 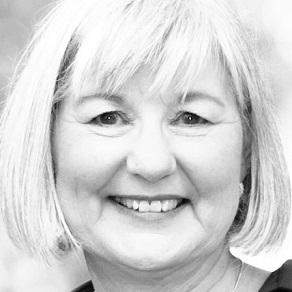 Hendy, Bronwyn (Dot) (1978-1979)
Bronwyn worked for the Department of Social Services in Canberra for a year and then in Townsville. She transferred to the Commonwealth Rehabilitation Service as a rehabilitation counsellor/consultant for 20 years, and then worked for the Queensland State Disability Service as a support coordinator for 10 years. After this, Bronwyn moved to the food industry, becoming a team leader for Thermomix. She is currently semi-retired, but continues to work for herself as a Thermomix consultant, as a team cook for I Hate Cooking, and local distributor for a biscuit company in Townsville. “I have three adult children who are fantastic,” she writes.

Andrew Hughes in 1996 and had four children: Annabelle, Ethan, Grace and Lily. Karen then quit Law to write the Kalika Magic series (see kalikamagic.com) and founded Hunter Valley Writers in 2019, providing workshops for aspiring young writers. Karen now lives in Newcastle, where she is completing her PhD in English Literature at the University of Newcastle.

Madsen, Jens Christian (1987-1989)
Jens completed a PhD in Natural Sciences at the University of Aarhus in Denmark, before going on to do postdoctoral research in California. This was followed by employment in the pharma and tech industries in Stockholm and Copenhagen. 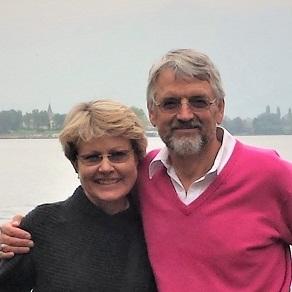 McSpedden, Jill (1972-1974)
Earlier this year, for the occasion of Burgmann’s Mega Luigi’s on Valentine’s Day, Jill and husband Robin Brown (1971-1973) shared how their story started at Burgmann and continued, which featured in The Canberra Times article, The enduring love stories of Burgmann College as it celebrates 50 years (February 2021).

Northey, Robert (1989-1995)
Former Burgmann Principal Bob Northey became General Manager for the University of Melbourne’s Faculty of Music from 1995 to 2011, before retiring in 2012 and writing two novels. Read about Bob's recent visit to Burgmann. 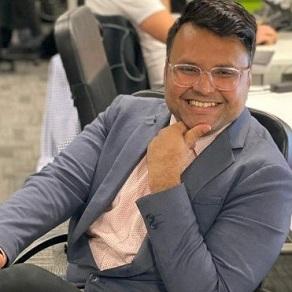 Parvez, Shadab (2000-2002)
Since graduating from ANU, Shadab has pursued a number of different career paths—from support engineer at a large consumer electronics brand and corporate IT manager at a large recruitment firm, to digital marketing and business development for tech start-ups. This included innovation implementation and advisory services to the Prime Minister’s Office of Bangladesh for the A2i project, supported by the United Nations Development Programme and United States Agency for International Development. More recently, Shadab worked in business development at CHOICE Test Research, the research wing of Australia’s largest advocacy group (201-2021), and in May this year was appointed Chief Operating Officer at Canberra-based boutique management consulting firm, The Social Outcomes Lab (SOULAB), supporting organisations creating social change.

Reid, Chantelle (2002)
Chantelle spent 20 years working in medical research, in Australia, New Zealand and Canada. She is currently undertaking a PhD with the Safety Science Innovation Lab at Griffith University in Brisbane.

Reilly, Clinton (1971-1974)
Clinton completed an MBA at Macquarie University and started his own IT consulting and project management company. He married in 1979 and now lives in Sydney with three sons and two granddaughters.

Richards, Henry (1994)
Henry has worked in the film industry for the past 25 years, with a variety of roles behind the scenes in rigging, gripping and lighting. Most recently, he competed shooting of the fourth movie in Marvel Studios’ Thor saga, Thor: Love and Thunder. 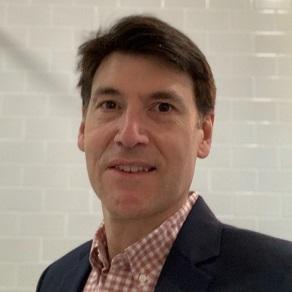 Sloper, Daniel (1989-1990)
Daniel joined the Department of Foreign Affairs and Trade after completing his degree, with postings in Tokyo and Berlin, and the opportunity to work in a wide range of roles in Canberra. Highlights include leading the Pacific Division, responsible for Pacific Island and New Zealand relations. Most recently, he has worked as the Chief People Officer, leading the support of staff, their dependants, and operations across 112 overseas posts and seven national offices, including in response to the COVID-19 pandemic. In 2020, Daniel enjoyed working with current Burgmann resident Chris Seidl, as he developed the Burgmann Alumni app—"I encourage all to use it”.  He is now in New York accompanying wife Fiona Webster--also a Burgmann alumna (1990-1991)—on her posting. One son has accompanied them while the other is studying in Melbourne.

Wooldridge, Simon (1976-1979)
Simon has worked as a priest for the Anglican Diocese of Canberra and Goulburn.