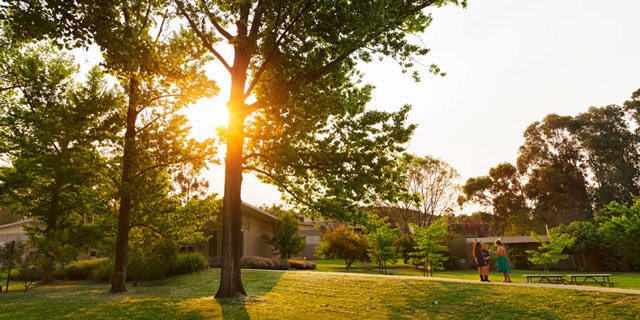 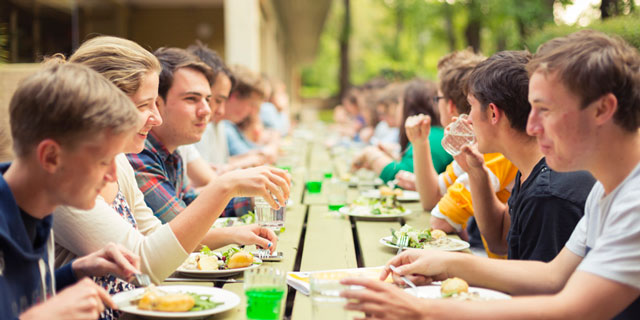 The two primary formal occasions in the College year, marking its start and finish. Official guests wear academic or formal dress and residents are invited to dress as formally as they wish. Each occasion includes a brief dinner speech, usually by a guest, and is followed by a dance and bar night. At Commencement Dinner, Academic Awards are presented to residents who distinguished themselves in their studies in the previous year and the current year’s Scholarship Winners are recognised.

These occasions provide residents the opportunity to dine with their faculty teaching staff and listen to a guest speaker. Over the course of a year many leaders of society (scientists, politicians, diplomats, lawyers, business leaders, senior public figures and leaders in Australia and beyond) come to the College to speak at dinner. This allows residents to develop their social and intellectual skills, build networks and expand their spheres of understanding in preparation for significant careers.

Held throughout the year, hosted by the Principal in the Lodge. Residents are invited all year round in small groups for a variety of evening activities.

The forums allow students to present and listen to material of their own interest. They often involve a presentation of material from research being undertaken as part of PhD, Masters, or Honours students. Senior Undergraduate students are also welcome to present their projects.
From time to time, the College also invites a range of external speakers to give seminars, as a way to provide an opportunity to listen to a speaker of wider community standing, to educate and foster discussion.

The College Night Forum is one of the oldest of Burgmann College institutions. It is an event, which is organised by the Staff Tutors to provide an opportunity to listen to a speaker of wider community standing, to educate and foster discussion. Speakers in the past have included High Court Judges, controversial public figures, sports people, University and Parliamentary dignitaries, and many others.

Often resembles a mid-year O-week. It does however have a few unique characteristics such as “Murder”, Café Crawl, Canberra Photo Hunt, and Bar Night. It’s a great week and a lot of fun to participate!

Want to win an Oscar? It all starts at Burgmann! A director (or directors) brings together a production bigger than Ben Hur and Titanic put together. Students need to pick a play, any play, put together a team of drama queens and kings, organise dates and venue, co-ordinate artists/stagehands/musicians etc. and organise rehearsals to produce a theatrical spectacular.

Each term throughout the year, talented residents are provided yet another opportunity to showcase their hidden (or not so hidden) talents before their friends. Acts vary from solo performances, to a comedy sketches and even readings from Shakespeare. Several weeks’ notice is normally given for the Burgmann Concerts to give enough time to practise or polish an act or song.

For this event everyone dresses up in formal wear, enjoys drinks and nibbles, a grand dinner, and the final match-up of the great Burgmann Snooker competition. The Dawborn competition has been running in College for over 20 years and is becoming known as an event with much ‘panache’.

This is one of the greatest events of the year. The night is usually in the spirit of a theme, and the location is the choice of the committee.

In the past few years, the fashion parade committee has had a lot of success choreographing and designing a show that represents brands and designers from around the Canberra region. The parade is held at Burgmann and creates a lot of interest.

In Term 2, Burgmann hosts its own art show to display the talents of our resident artists. The works exhibited include everything from paintings to sculptures, photography to crayon drawings. Dedicated Arts students are responsible for collecting and displaying the art works, as well as organising voting and judging. The evening is preceded by a gala opening and address by a visiting speaker.

These informal social occasions are held on Sunday mornings during the academic year. Residents relax as guests of the Principal, Dean, or College Officer in their lodgings or out in the open air. Coffee and scones – or more elaborate fare – are the order of the day, together with newspapers, magazines, music and great conversation.

There are a number of team sports (hockey, volleyball, cricket, tennis, AFL, rugby union, basketball and inward bound just to name a few) in which all residents are encouraged to participate and represent the College. Being part of a team is a great way to get to know people better.

Weekly services are held during the undergraduate term on Sunday mornings from 9:30 to around 10:30 (finishing in time to stroll into Luigi’s) in the Burgmann Chapel. The services are open to anyone and everyone, regardless of belief, so feel free on any given Sunday to come and check us out once, twice, or many times!